Flaunting the alchemy of India’s handloom weaving tradition, the Chanderi fabric possesses a charm like no other. Also referred to as ‘woven air’- its trademarks include a feathery texture and dreamy finesse. Apparel made from Chanderi Silk features a lightweight, glossy weave and a soft, luxurious feel. It usually flaunts nature-inspired motifs like keri (mango), phool (flower), patti (leaves), etc

The origin of this fabric is found in Chanderi, a serene town in Madhya Pradesh. Historical evidence points that this place laid its foundation for weaving somewhere around the 7th century but its artistic practices gained momentum around the 11th century. The fabric flourished during the Mughal era and throughout its history, it has been a favourite among royal households. In 1910, the Chanderi fabric was patronized by the Scindia family which further boosted its growth and popularity. Interestingly, Vedic scriptures say that the fabric was first found by Shishupal, the cousin of Lord Krishna.

Chanderi Silk is created by weaving silk and golden zari in cotton yarn that brings out that delicate, shimmery texture. The intricate motifs and buttis from the design are meticulously handwoven on the handloom by skilled weavers. But before the weaving can commence, a number of processes are followed. The master artisans first create a design, purchase the yarns, dye them in the right hues and then precisely size them for the handloom. The weaving process itself is full of complex little steps that ultimately produce the glorious, Chanderi Silk textile.

Owing to its distinct texture and versatility, Chanderi has made a prominent place for itself in the world of handlooms. The fabric is a magnificent blend of tradition and couture that tells its story in its elaborate gleam and beautiful feel. 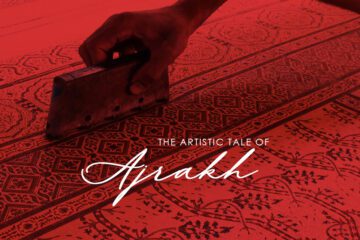 The Artistic Tale of Ajrakh 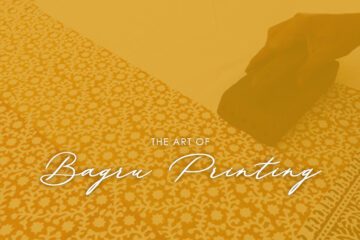 The Art of Bagru Printing  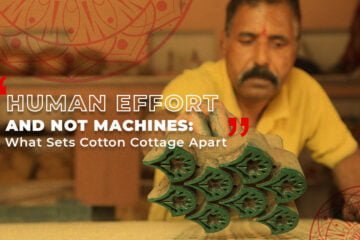 Human Effort and Not Machines: What Sets Cotton Cottage Apart

No products in the cart.

Your wishlist is currently empty.